3D printing fake hands, 3D printing brain tissue, 3D printing plaster mold... The development of foreign 3D printing technology in the medical field has made one breakthrough. The domestic technology has also begun to follow, and the right ear is underdeveloped. The Shenzhen University Hospital of Hong Kong has launched the first 3D printing-assisted auricle reconstruction surgery, which makes the ear almost "precise" for the first time. .

The 9-year-old girl Xiao Min (a pseudonym) has a congenital hypoplasia of the right auricle, like a flower without an open flower. But with the help of 3D printing technology, she will soon grow a new ear. On August 5, according to the interview, the plastic surgery team of the Shenzhen Hospital of the University of Hong Kong carried out the first auricular reconstruction surgery with 3D printing.

This difficult right auricle reconstruction surgery made the ear almost "precise" for the first time. "In the past, when plastic surgeons did this kind of surgery, they could only look at the images of X-rays, and construct the ear and skeleton with the imagination of the air. It is very difficult to make it realistic," said Dr. Tong Tinghui, a member of the surgical team.

Dr. Tong had experience in IT in his early years, which made him pay special attention to the development of science and technology. â€œThe development and application of 3D printing in the world has been very fast in the past two years, so I am also considering applying it to plastic surgery.â€

A few months ago, Xiaominâ€™s father took the child to the Plastic Surgery of the University of Hong Kong Shenzhen Hospital. After several communicationes, the doctor found a 3D printing company and related technical personnel to work together to make a precise ear model. Reference in the middle. 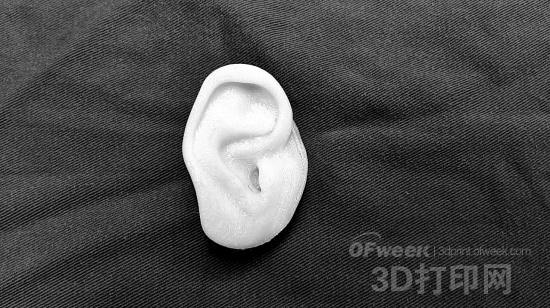 Since the left and right ears of the human body are symmetrical, they use the auricle and ear cartilage of the girl's left ear as the prototype, collect data through 3D scanning and CT, enter the computer for technical processing, modeling, and then use the 3D printing to create the right. A set of models such as ear cartilage and right auricle.

On this basis, Dr. Chen Weiwei, head of plastic surgery at Shenzhen Hospital of Hong Kong University and head of head and neck plastic surgery at Queen Mary Hospital in Hong Kong, led a team to carry out auricular reconstruction surgery, intercepting the cartilage of the girl's ribs, and constantly performing stereoscopic comparison with the 3D model. The skeleton of the right ear is then pre-implanted into a predetermined position on the right face, covered and sutured with a flap (a skin with blood supply and its attached subcutaneous fat tissue).

On August 4, Xiao Min ended the first stage of treatment and was discharged home.

"The next step is to wait for the cartilage and flap to grow together. About a year later, we will do another surgery," the surgeon said. The second stage of surgery is equivalent to 'squatting out' the ear that has survived under the skin, and stands up at a certain angle. Such an ear that is symmetrical with the left ear is really "long".

According to reports, there are not a few children with congenital dysplasia in the ear like Xiaomin, about one in every 2,000 children. The 3D printing app will also give kids a really beautiful ear.